After our train ride running to “Indian time” we rejoined the Varanasi traffic for a ride in an auto rickshaw into the centre of town. The auto rickshaws are magic and by far my favourite mode of transport. We zipped about the crazy streets, full of cars, cows, motorbikes, push bikes, monkey’s, people and buses.

As we reached the heart of the town, we had to get out and walk, the streets were so busy that nothing could pass unless it had legs.

Varanasi is famous for silk so we were being taken to a silk shop by our guide to learn about spotting a fake garment v a real one. This shop specialised in silk, cashmere and pashmina. The trick is, pull out a strand from the scarf or whatever and set it alight… mental I know, but if the strand melts it’s fake. The strand should turn to ash and smell like hair, a familiar smell from early 2000 with my long straight hair. 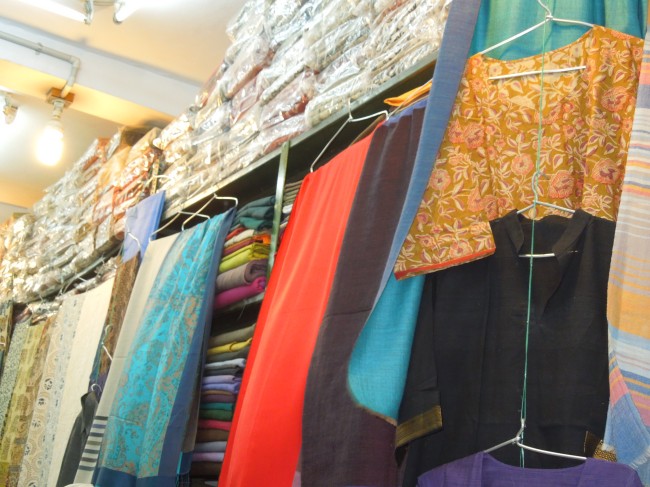 The walls of the shop lined with scarfs, blankets, quilts, shirts and so much more. I loved draping the material over my knees and looking at the colours. Dad, you will be very proud, I didn’t buy a thing. As much as I wanted too, I knew my own scarf collection could rival his shop.

Onwards to the Ganges, this famous river that is so spiritual and important to the Hindi people- the pray, wash themselves, their cattle, cremate their loved ones and drink. To access the river you walk down ghats (steps that lead down to holy water).

We were lucky enough to be walking along the banks of The Ganges as the 12 yearly pilgrimage of the Sadhu (wandering Monks) of the Himalayas were in Varanasi also. 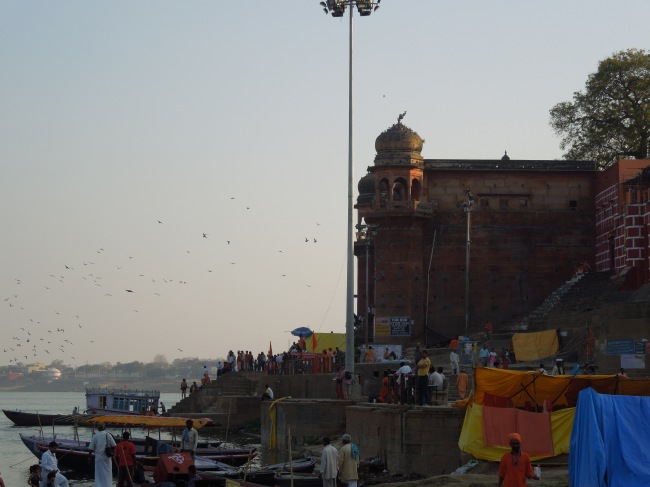 The Sadhu’s walk bare foot and naked from the Himalayas once every 12 years, sleeping under these tents. Many of the Sadhu’s are thought to have super powers

Personally I’d rather my super power was time travel, not sticking a sword through my genitals, but I guess you don’t always get you choose your super power.

After a long walk, watching people in awe and a trip to a toilet where a cow waits in the hall (only in India)

We were ready to take our sunset boat ride down The Ganges, with a famous Sitar player serenading us, with what we suspect was the same song, over and over again, but what do we know about sitar music. Embarrassingly I nearly, accidentally, stole his CD. I had it in my hand, a boat passed that I wanted to take a photo of and I absent mindedly put the CD in my bag, for safe keeping, I didn’t think until he asked, who had his CD, I said no, then looked in my bag. My cheeks were bright red, I hardly knew these people and it looked like I was stealing his CD, it was dark and I laughed, so hopefully that covered it up, it was never mentioned again…

As this man rowed he almost lay down on the deck of his boat, that’s why I needed to take the picture…

Once we got rid of the sitar player we lit candles surrounded by marigold petals in bowls made of leaves, to make offerings to The Ganges so that our wishes would come true.

Mine was to come back to India.

Our offerings were carried on down The Ganges we followed to watch the nightly prayers.

We are about 10 rows of boats back. These prayers happen nightly and pull in massive crowds. It was such a special thing to see and be a part of, but for me the sunrise cruise was the highlight.

We left slightly early to avoid the big crowds and it was a little bit scary to try and not get lost. I felt like a child and did cling onto someone from the groups bag to make sure I didn’t get swept away in the sea of people. Our trip to dinner was in a cycle rickshaw, no where near as fun as the auto, but a good first experience.

Up early for the sunrise, powering through the almost empty streets in an auto rickshaw, we made it to The Ganges to watch ladies praying for their husbands good health… I don’t know where the husbands were praying for their wives.

We got back into our boat and started the mesmerising cruise down The Ganges at first light.

I just loved this place- the colour, the people, the dedication, the spectacle and something so different from anything I have ever known. I just loved it. 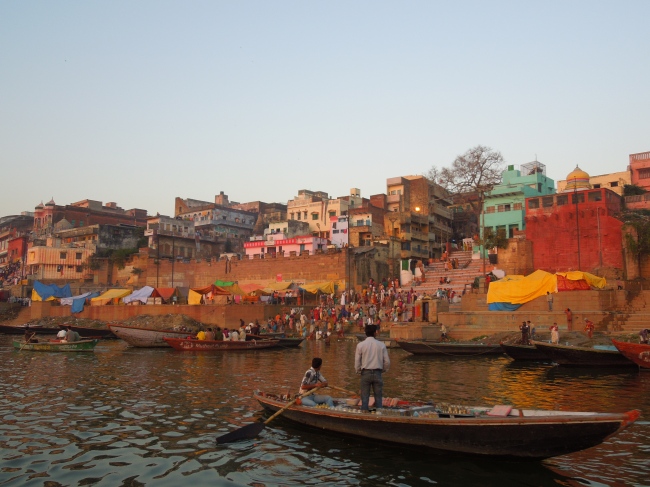 This is where the nightly prayers happen.

After our cruise we took auto rickshaws back to the hotel to pack for our next adventure. Goodbye Varanasi, I’ll be back to see you again, one day.